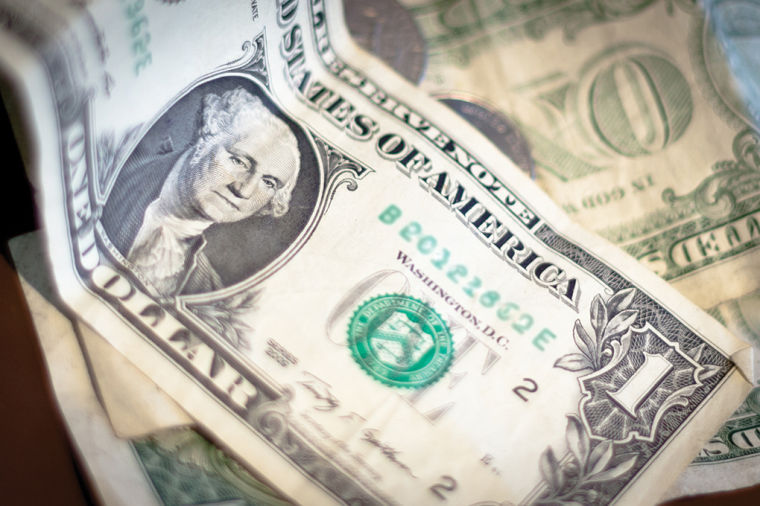 Headquartered in Rome, Georgia, STi was initially the wholesale and transportation division of D&D Oil Company, Inc., d/b/a Cowboys Food Mart. In 2002, STi was incorporated into a new entity and operated as a sister company to D&D Oil until the sale of the Cowboys Food Mart chain to The Pantry, Inc. in 2004. STi continued to haul fuels for The Pantry after the Cowboys sale and, over the next four years, built a large common carrier business with 78 transports hauling fuels in 4 states.

Over the last several years, the Company has grown significantly under the leadership of its President and co-owner Don Newton, co-owner Jarrett Shadday, and CFO Kevin Bush. At the time of the sale to Empire, the Company retailed fuels through 47 consignment accounts and supplied wholesale fuels to 77 customers. The majority of the fuels marketed by the Company were through their proprietary Hi-Tech and Smile brands, and the Company also supplied unbranded fuels to customers using their own flags. STi supplied 6 Shell sites and 11 BP sites and was a jobber for both companies, and the Company operated a trucking division that hauled fuel to its consignment and wholesale sites in Georgia and Tennessee. The Company also has a commercial fuels business operating as Enterprise Oil Company and will continue to operate and grow this business going forward.

New signs are coming to MSP! On May 18, 2017, the Rome Historic Preservation Commission approved raising the current sign facing Broad Street to between the 2nd and 3rd floors. The HPC also approved a new 48-inch “MSP” sign on the front of the building (pictured) visible to drivers heading south on 2nd Avenue.

MSP thanks the Rome Historic Preservation Commission for the tireless work its members do in service to our community. The HPC recognizes and protects the cultural heritage of downtown Rome, and its volunteer board spends countless hours evaluating and reviewing applications every month. In doing so, Rome’s unique charm is preserved to the benefit of our community and visitors alike.

Be on the lookout for MSP’s new downtown signage in the weeks ahead. 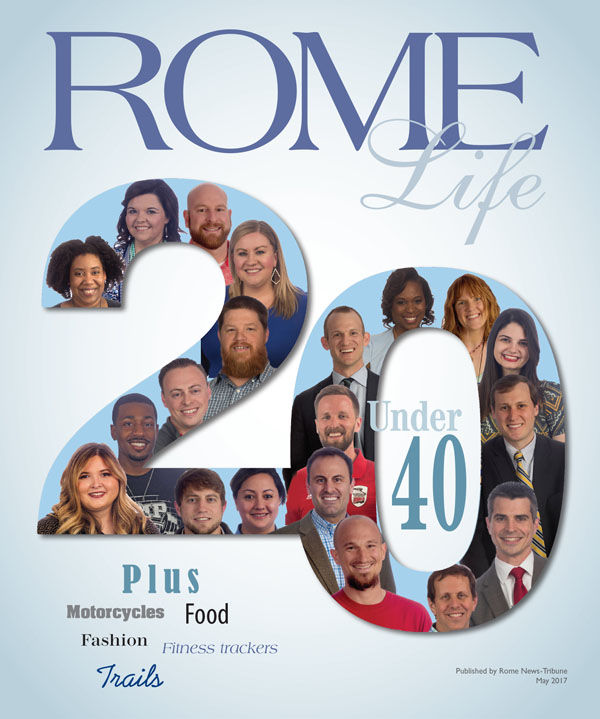 Congratulations to MSP’s Lee Niedrach for being named to Rome’s 20 under 40 list! We are proud to have Lee on our team. Congratulations to all of those folks named. Each one is helping to keep Rome a dynamic and exciting community! 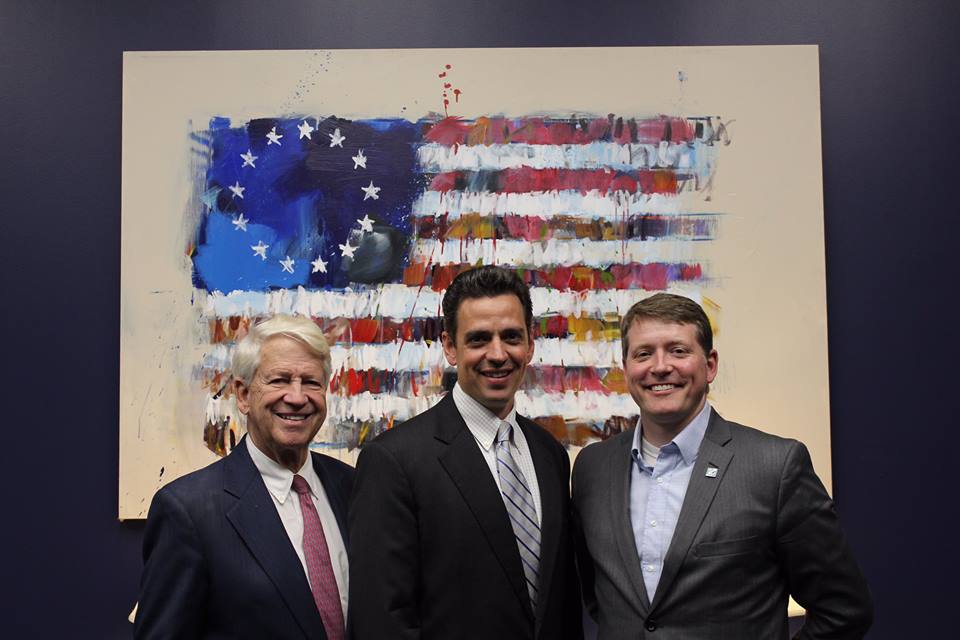 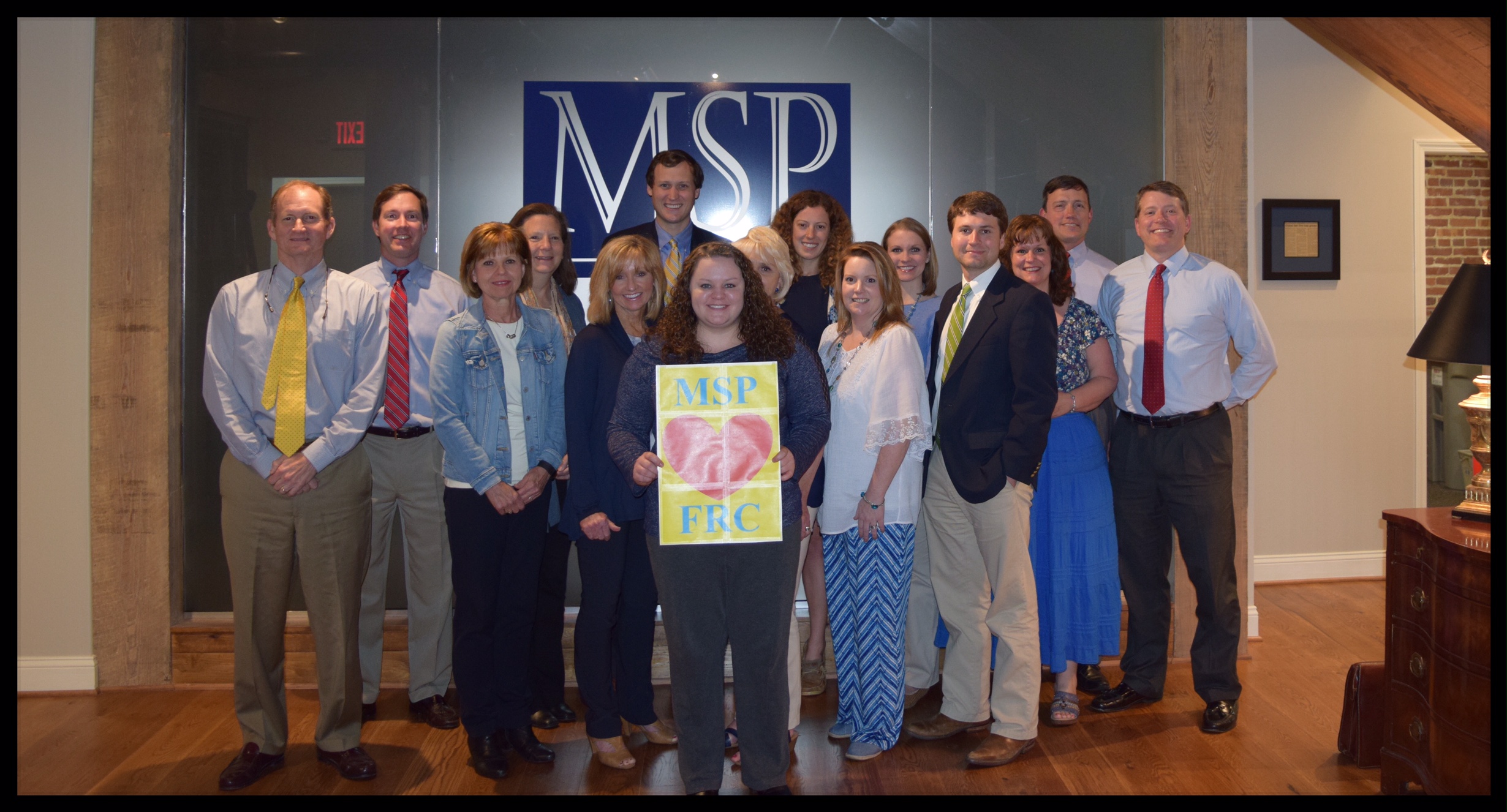 MSP showed support for the Exchange Club Family Resource Center by dressing in blue for “Blue Monday.” The mission of the Family Resource Center is to provide education and support services to families in Rome and Floyd County, Georgia. They work to strengthen parenting and life skills in order to prevent child abuse and neglect, providing safety, permanency, and well being for countless children and families.

You can show your support by wearing blue for “Blue Monday” during every Monday in April. This is MSP’s third year participating in the Family Resource Center’s Blue Monday awareness campaign. 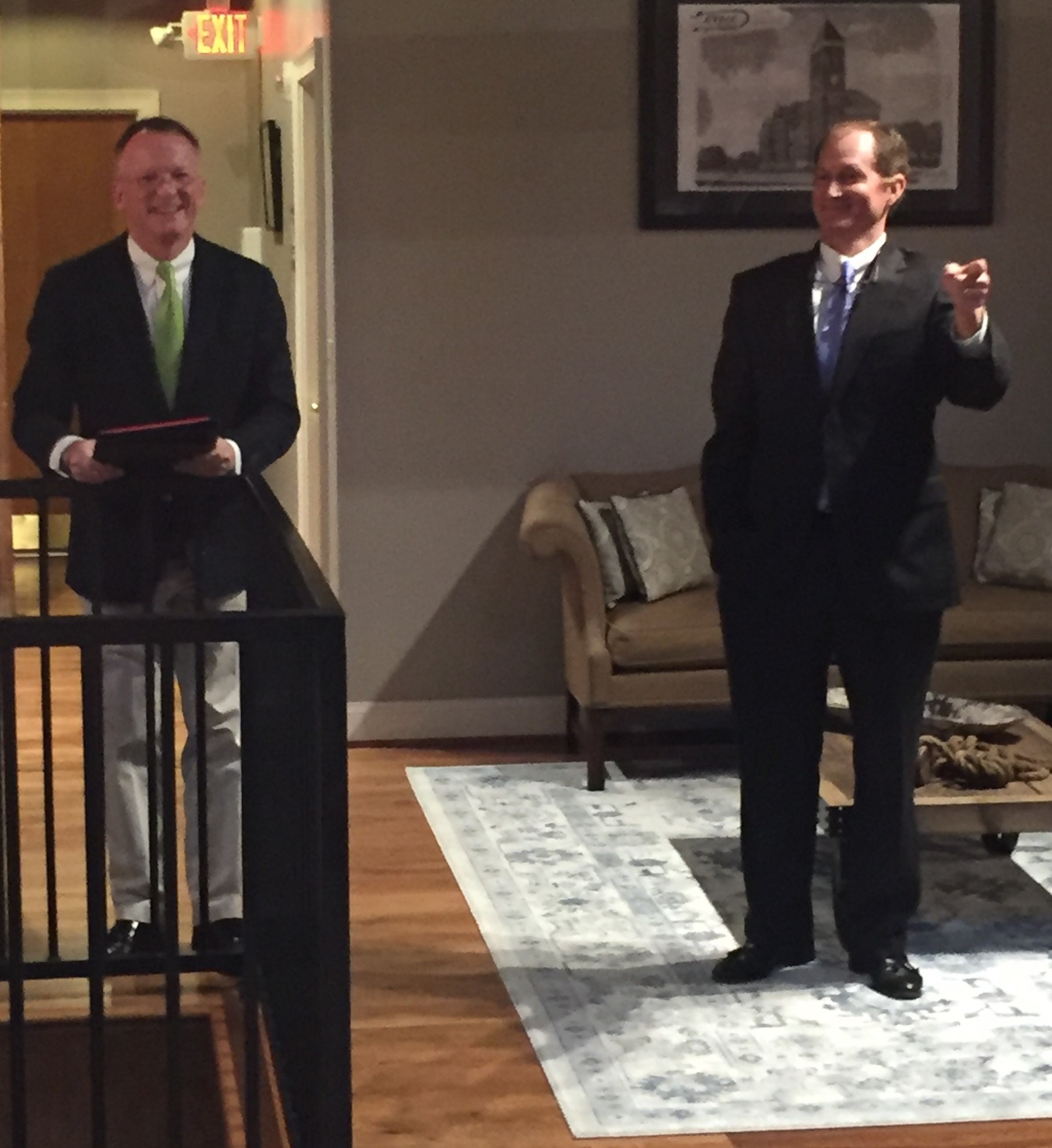 On February 28th our extended firm family gathered to celebrate the lives of two of the finest men to ever walk this good earth: Our former partners, friends, confidants and mentors Charles Carpenter Shaw and Jo H. Stegall III. Our hearts were full as we dedicated the two main conference rooms in our new office to these amazing gentlemen. We miss them every day. Pictured to the right are MSP partners Jule W. Peek Jr. (left) and Scott M. Smith (right) discussing the personal and professional impact that Charlie and Jo had over their many years of practice. Below are Charlie’s and Jo’s family beside their respective plaques. 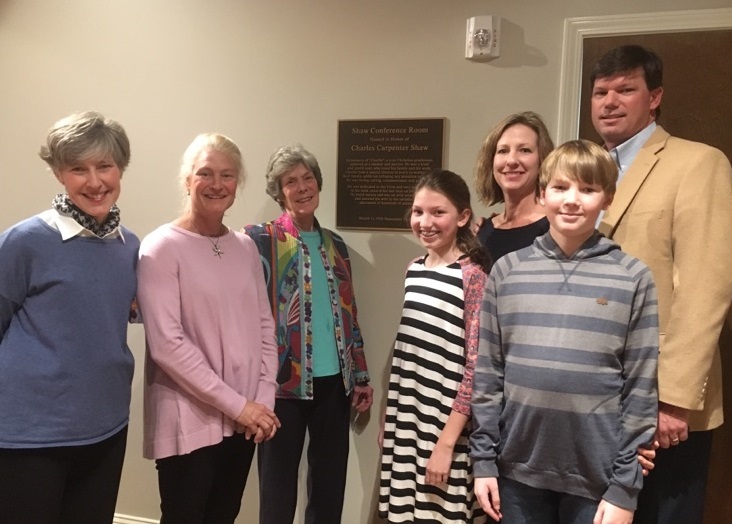 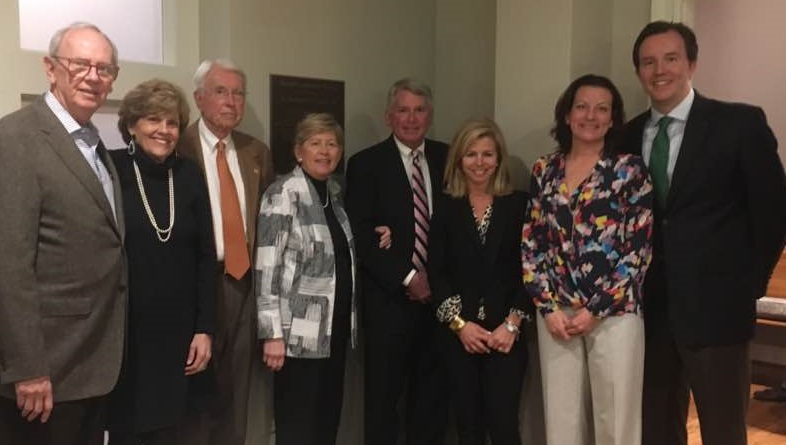 MSP partner Virginia Barrow Harman recently participated as a panelist addressing the use of conservation easements to achieve public and private conservation goals at the 23rd Annual Public Interest Environmental Conference held last week at the University of Florida’s Levin College of Law. The three day conference focused on the topic of “Land Conservation: The Worth of the Earth.” Former Florida Governor and Senator Bob Graham addressed the conference on building alliances to further conservation efforts. 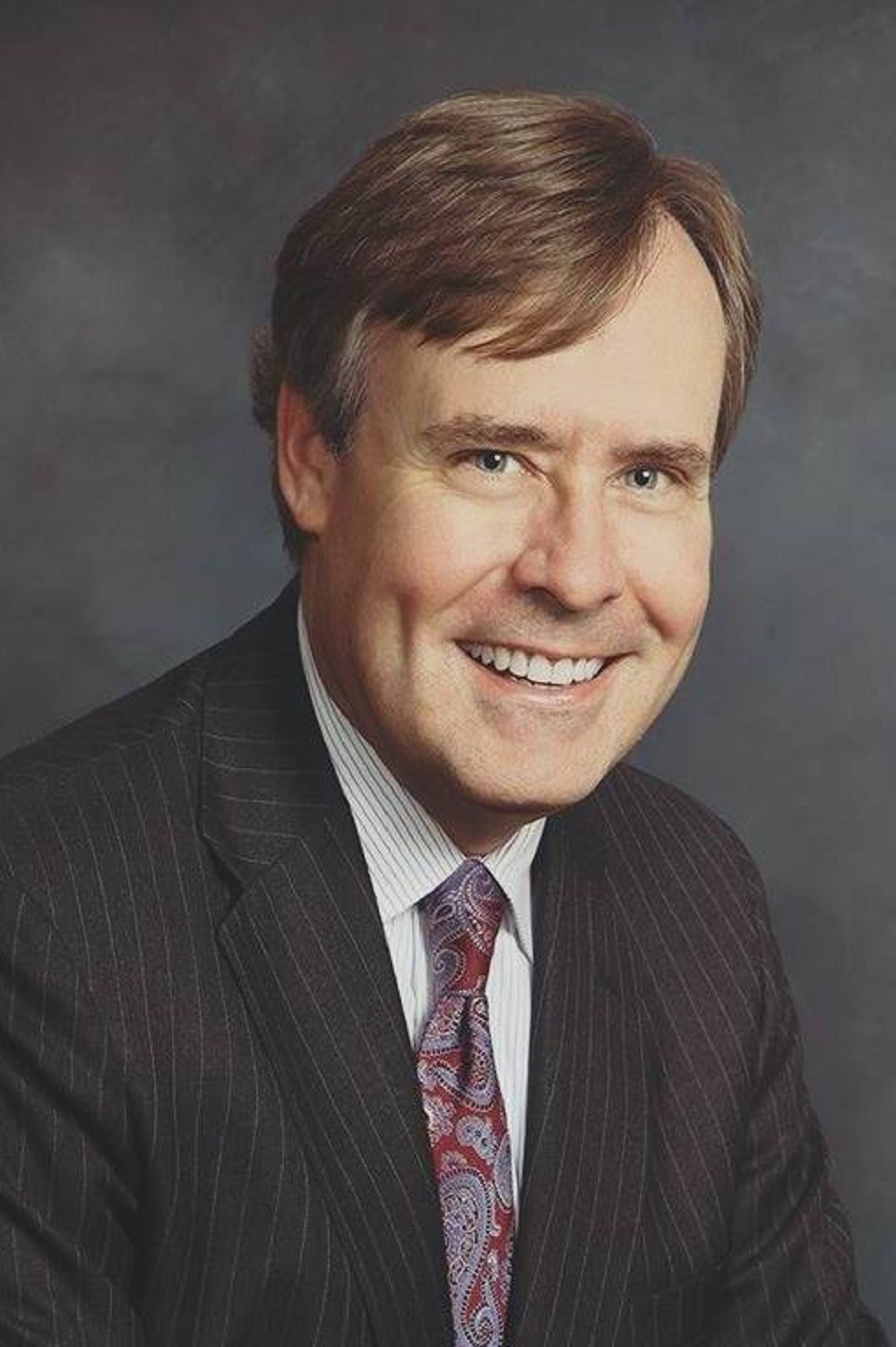 MSP partner C. Andrew Garner III has been asked to serve as vice chair for community development of the Rome Floyd Chamber of Commerce. Andy will oversee leadership Rome, high school leadership Rome and other community outreach programs for the chamber. Andy is beginning his second year on the board of directors, having been elected by the chamber membership to a 3 year term in 2016. He has a general civil practice concentrating in the areas of local government, business and commercial law and estate planning here at the firm. 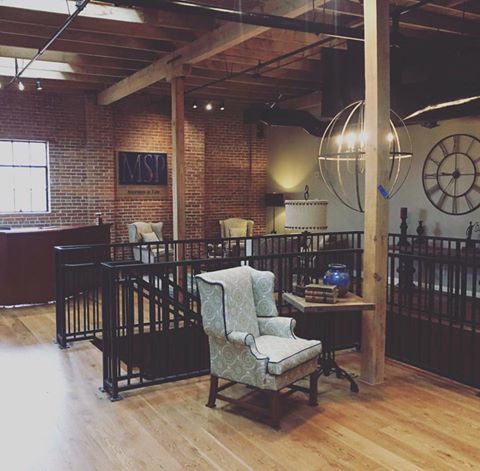 New digs for an old firm! We are so excited! This week our firm moved to new offices at Bridgepoint Plaza. Established in 1899 our firm has made moves in the past but had been in the SunTrust Bank building since it was constructed. We have the second and third floors at Bridgepoint with main reception on the third. More pictures and further announcements soon! Meanwhile please note our new street address: 111 Bridgepoint Plaza, Suite 300, Rome, GA 30161. Our mailing address remains PO Box 29, Rome, GA 30162.

MSP was honored to be able to help Georgia DNR complete the addition of significant additional acreage to this beautiful WMA in Paulding County. MSP partners C. Andrew Garner III and Robert T. Monroe worked on projects as counsel for DNR over the past years related to expansion of this amazing tract which contains one of the largest stands of long leaf pine in North Georgia!