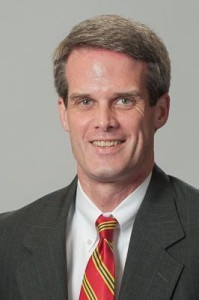 While in law school, Rob published an article in the Journal of Law and Education entitled “Balancing Individual Privacy with the Public’s Right to Know – Georgia Supreme Court’s Red & Black Ruling Creates Gray Area.” After graduating from law school, Rob went to work with Mike McRae at the firm of York, McRae and York in 1994. Rob became a partner in the firm in 1999 when he and Mike McRae opened the Cedartown location.

He has been involved in numerous areas of local government law for the cities of Cedartown, Rockmart, and Temple, including zoning and land use matters, employment issues, charter and ordinance drafting, and Open Records and Open Meetings questions. He also represents the Polk School District Board of Education in many of its legal issues, including student disciplinary matters and Fair Dismissal Act proceedings involving teachers and administrators. He also represents the Cedartown Housing Authority. .

In addition to his full-time law practice, Rob served as an Associate Juvenile Court Judge in Polk and Haralson County from 2003-2015. He has also currently served as a Citizen Panel Review Board member in the Juvenile Courts of Haralson and Polk County. He was a member of the Georgia Council of Juvenile Court Judges and the National Council of Juvenile and Family Court Judges. He is a past Board member of the Sexual Assault Center of Northwest Georgia and the Cedartown Kiwanis Club. . He is married to the former Amy Dooley of Cedartown, and they have three children: Pierce, Kate, and Thomas.